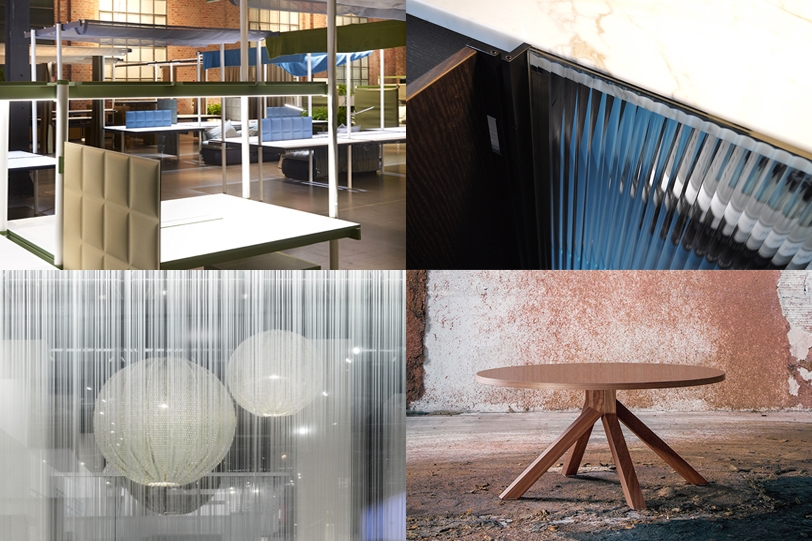 Flow: When an individual is in the flow, he operates to his full potential.
Working in a Flow state means activating and developing one’s personal ability, savouring a state of wellbeing connected to strong positive emotions and a positive sense of self-esteem and self-efficacy. Endowing one’s momentary experience with value and pleasure.

Each day during Design Week, itinerant visitors will be able to take part in the game ‘I Tiri Ignoranti’. This game makes explicit reference to the typical gesture of the creative professional who, not yet satisfied with his work, crumples the sheet and throws it towards the bin, striving to ‘shoot a hoop’.
In doing this, he frees himself from an idea that still isn’t working and makes room for a new one, which he naturally hopes is better.
To work well, we need to ‘make room’— to clear the field of
waste and of remnants of the past.
This is exactly what Faram has proposed in launching the Bahlara on the market.
It’s a new way of conceiving and experiencing workspaces.
The name ‘I Tiri Ignoranti’ was coined by Gianluca Basile,
the basketball champion of the nineties,
to define the three-point hoops he would shoot in a state of
semi-trance a few seconds before the time ran out.
To Faram, ignorant shots are the instinctive and liberating gestures that help us to finally distance ourselves from the old organizational paradigms and open up to the impetuous winds of innovation.

BAHLARA for FARAM
by
Egidio Panzera

Bahlara is a collection that can expand, contract, re-configure itself, change the way it's dressed, articulate and adapt over time to new functional, aesthetic and organizational demands.
Along with Bahlara, a new semantic term appears as now applied to the office world:
discontinuity - as the cornerstone for planning that allows the configuration of a furnishing system
to be developed in the best ways at all possible.
This innovative and high-performance system ensures that the designer can take back full ownership of space planning, going beyond just setting out the furnishings, allowing each element to be customised and each function interpreted, using a vast range of elements and finishes that become an expression of corporate and local culture.

LI.vE for RIFLESSI
by
Egidio Panzera

LI.vE is a system of modular display cabinets for living areas.
The idea was to create glass display cases as transparent “crystalline” volumes.
The ingredients are simple: a base, a back panel, a top, and transparent rectangular “sails”
that delineate the remaining sides of the volumes.
The “sails” pirouette around a novel rotational axis — a hinge-profile
lightly touching the glass doors that becomes the pivot around which they rotate 180°.
The profiles mark the glass box vertically, tricking the eye into thinking they are handles.
The sides of the box vanish, replaced by glass doors. Its corners are dematerialized,
becoming accessible on all sides and playing with the discreet and elegant “sails” that
tilt to open without occupying space beyond the initial outline.
LI.vE is a compendium of different materials brushing lightly against one another in a
game of tangential planes delineating elegant combinations of textures.

Omnidecor Linea Double has been brought to life with the same name as the company, almost as if to emphasise its authorship.
Its secret is revealed in the interplay between the positions,
in alphabetical order, of the letters making up the word Omnidecor, and in the juxtaposition of thicknesses of the lines that appear on the sheet of glass.

GRAPEVINE for BILLIANI
by
Egidio Panzera

The Grapevine table collection was inspired by grapevines and by a wish to replicate their twisted appearance on the stem-base of the tables. Sense of great dynamism and a wind movement are the characteristics of this collection.