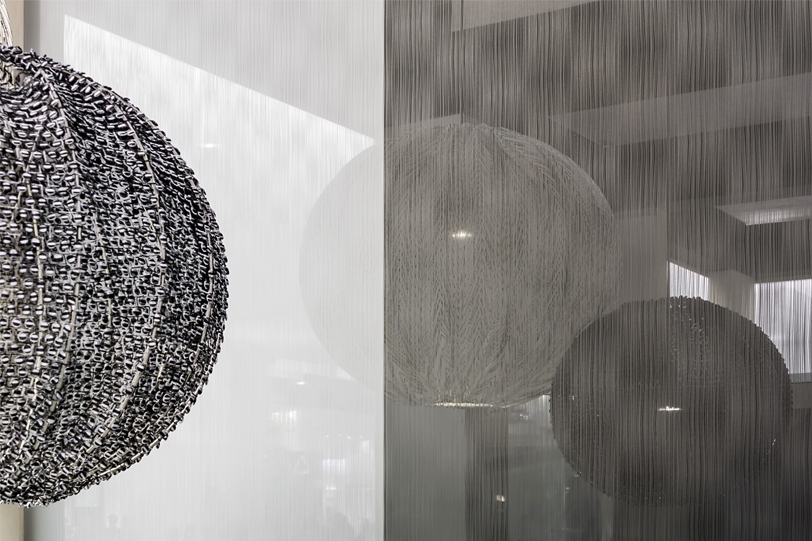 The first texture, Omnidecor, has been brought to life with the same name as the company, almost as if to emphasise its authorship. Its secret is revealed in the interplay between the positions, in alphabetical order, of the letters making up the word Omnidecor, and in the juxtaposition of thicknesses of the lines that appear on the sheet of glass.

The same pattern can also be found in a version with double-sided cross-hatch etching, bringing to life the Hippodamian pattern Manhattan.

The other four patterns were inspired by nature:

Livery, which arose from the graphic reworking of the coat patterning of a caterpillar, is characterized by its crisp and prominent texture, a reading of which appears to develop  on several levels. The shapes appear light when close together, but blend and overlap at a certain distance... concealing themselves through camouflage.

Chuva transforms falling rain into a seemingly random texture which, thanks to a balance between solids and voids, discreetly and elegantly distinguishes the glass surface. The sophistication of the design anticipates that the light and transparency are regulated in relation to the observer's viewpoint.

Nuvem and Dune were created as little and big sister versions of two modules consisting of wavy strokes of varying thicknesses. Resulting from this are two almost corrugated and shaded surfaces: as dense as the falling clouds of water in a waterfall or as vast as the forms modelled in the sand by the wind.

On mirrored surfaces, the reflection appears inaccurate, grainy, and opaque, like antique looking glasses that have corroded over time. 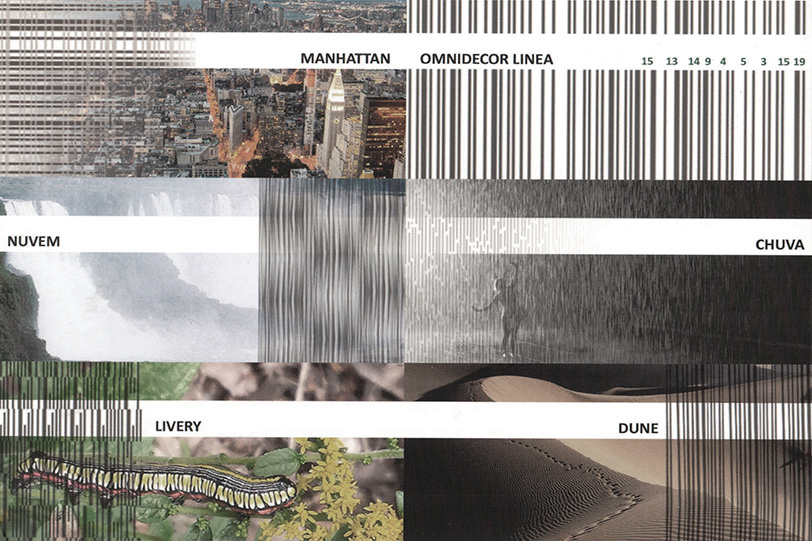 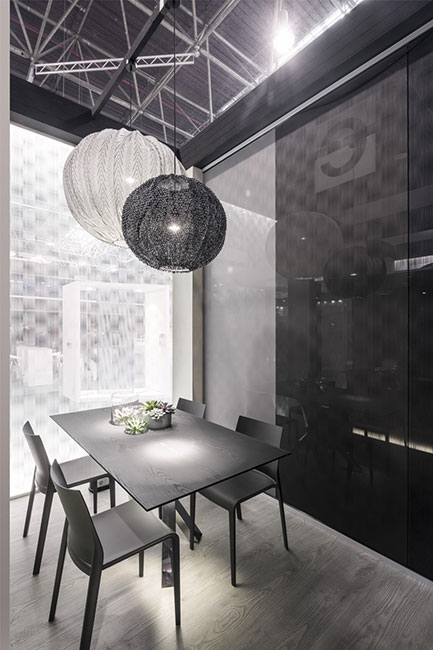 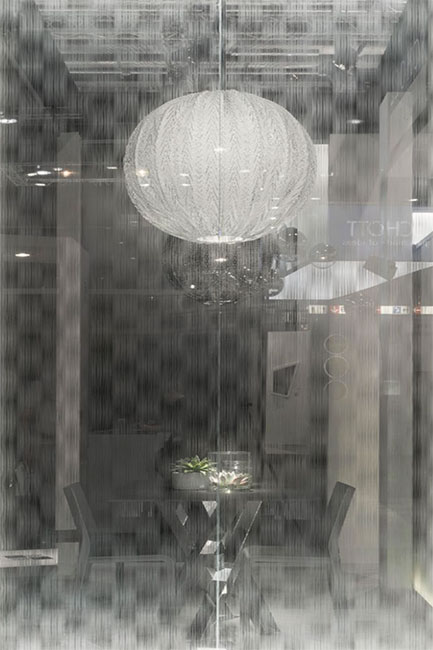 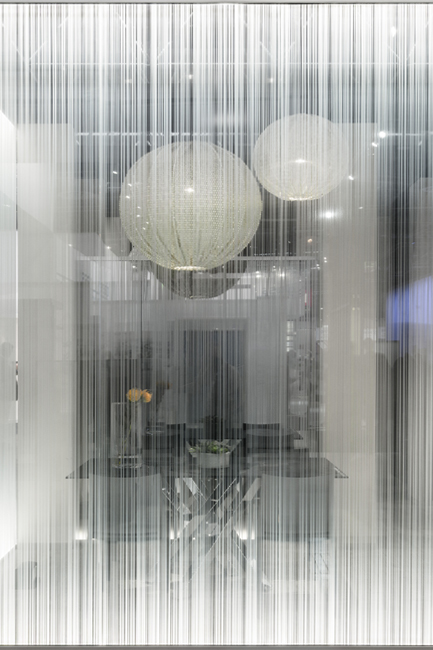 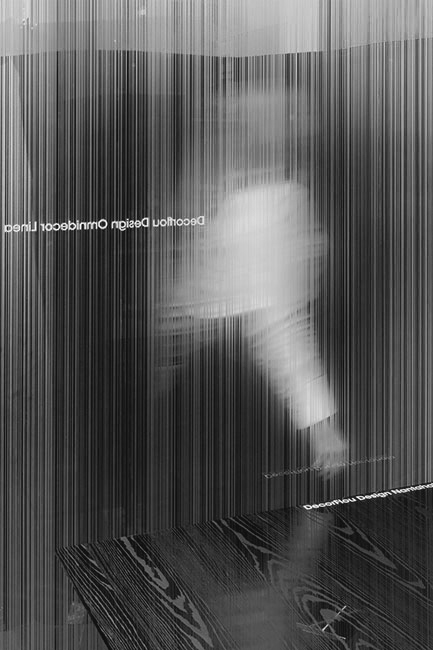 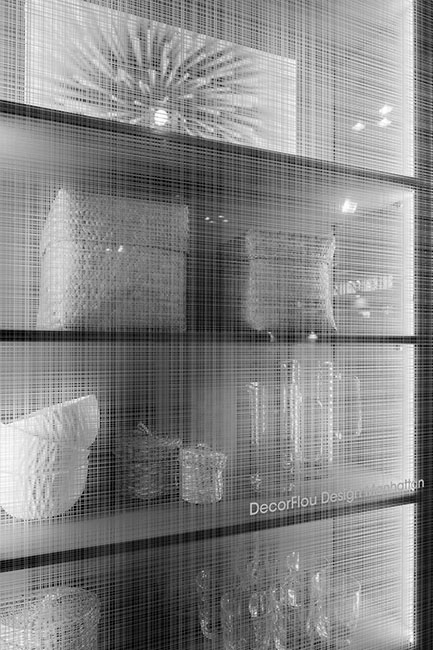