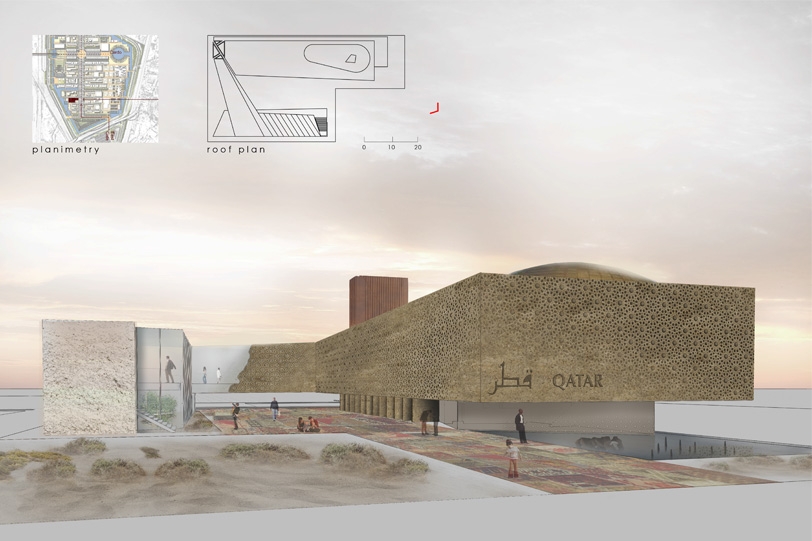 In the last decade Qatar has lived a great cultural, social and economic change. A sudden rift between past and present has occurred. The project for the Expo 2015 pavilion wants to suggest and hope for the meeting of tradition and modernity. Today be modern means be sustainable, careful to resources, to renewable energy sources, to planet Earth. This means reducing the gap between production and consumption. One of the most important issues in Qatar these days is about the food resources linked to agriculture. Fresh water in Qatar is derives from the desalinization of sea water, an expensive procedure in terms of energy. A new state program is testing a technology that will lead the country, in the near future, to be almost self-sufficient about food and agricultural resources. Today Qatar has started with the creation of sea water greenhouses, a technology that allows the growth of cultivations in dry areas using a greenhouse, sea water and solar energy. This technique requires the sea water pumping in a dry area and its use to cool down and humidify air. The water vapour produced by solar heating is then distilled for the production of water. Then, the remaining humidified air is pulled off from the greenhouse and used to improve the conditions of the cultivation of plants outside. The project of the Qatar Pavilion requires the creation around the “Souq” of two different architectural creations, separated but linked together trough the will of harmony with the environment and with Planet Earth. The main body tells the past, it is a regular volume made of stone and mortar that makes reference to the Qatar traditional architecture, that is to say an architecture that has been unknowingly careful about energy sustainability and individual health. As for the “mashrabiya” of the Arabic house, a skin of openwork “lacework” covers up this volume, it plays with light, modulates the shadows and the temperature with elegant alternations of transparency and opacity. The presence of a Wind Tower reveals the principle of air- conditioning in the traditional Arabic architecture, an exchange of heat energy between hot-humid air and the colder air inside precise subterranean paths under the building in which heat has to be reduced. Using the conception of a cognitive path, a story of emotions starts from the two-level hall, contains a mangrove sculpture and it develops through a series of thematic areas:

Outside there are the Garden of Desert, the Garden of Mangroves and the Souq. The Souq, place of exchange and social sharing, works also as a theatre for the Al-Ardha, Qatar traditional dance. The second construction is the Greenhouse, a glass case enclosed between salt walls. The south east and south west fronts of the pavilion are covered with salt crystals. Light refracts, disjoints into primary colours in a game of iridescent chromatic glares. Architecture is transformed, taking “shape” from the sky. The Greenhouse tells the future of Qatar: respect of the environment as ecosystem of agriculture and development of the productive innovations and technologies that create a healthy food product. Inside there’s the Desert Vegetable Garden, an environment that reproduce the climate of the sea water greenhouses in the desert, a sensory and emotional path between sand, salt, plants essences and an atmosphere full of humidity. 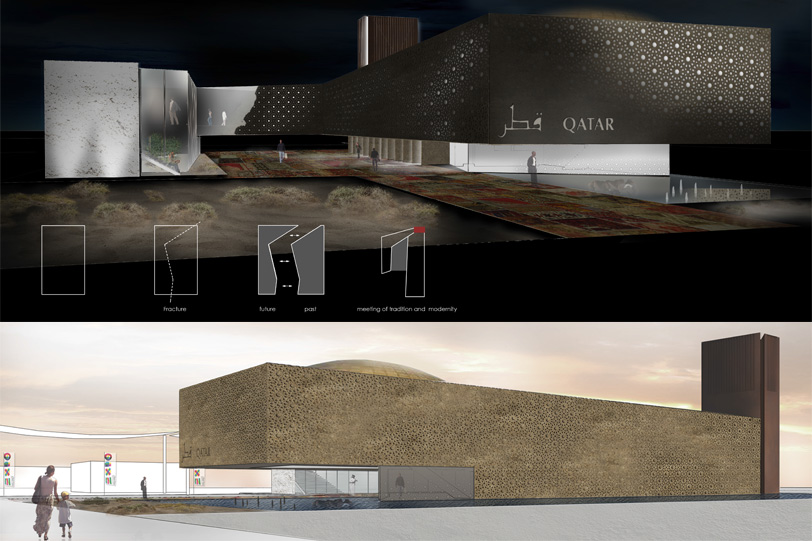 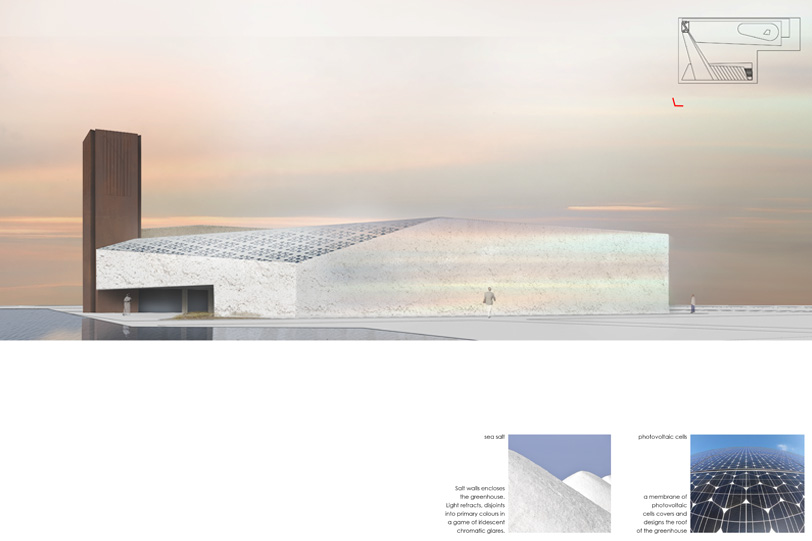 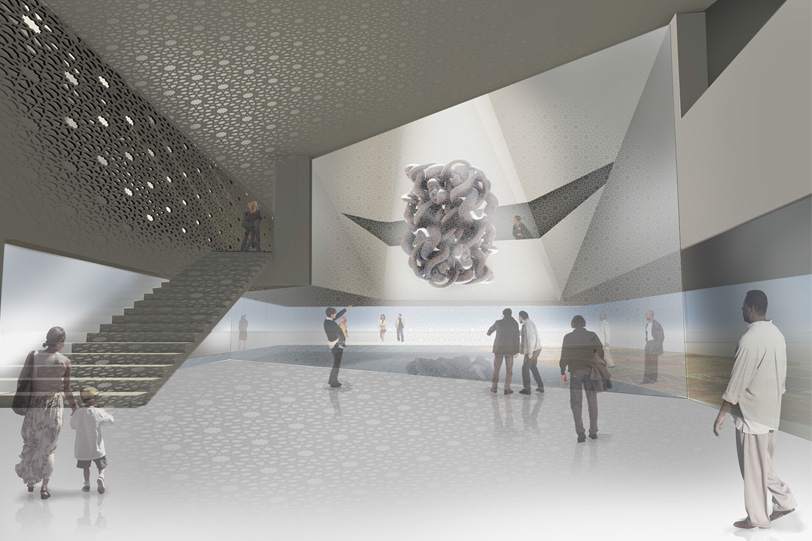 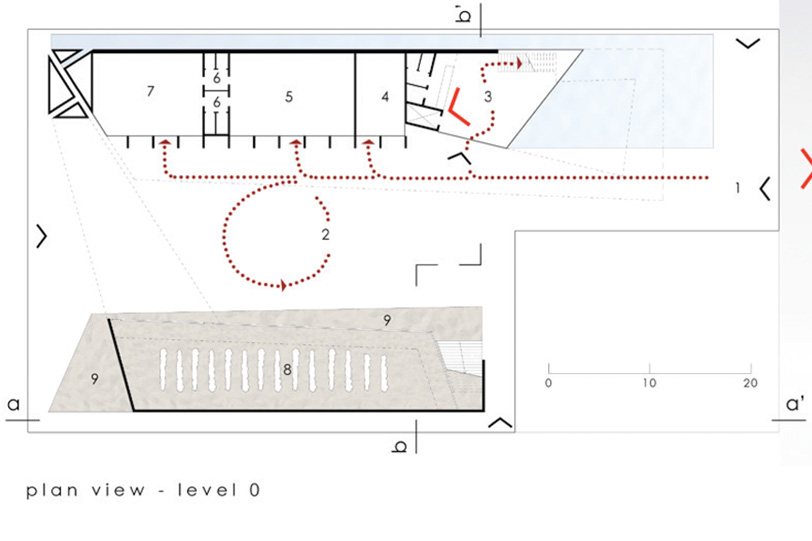 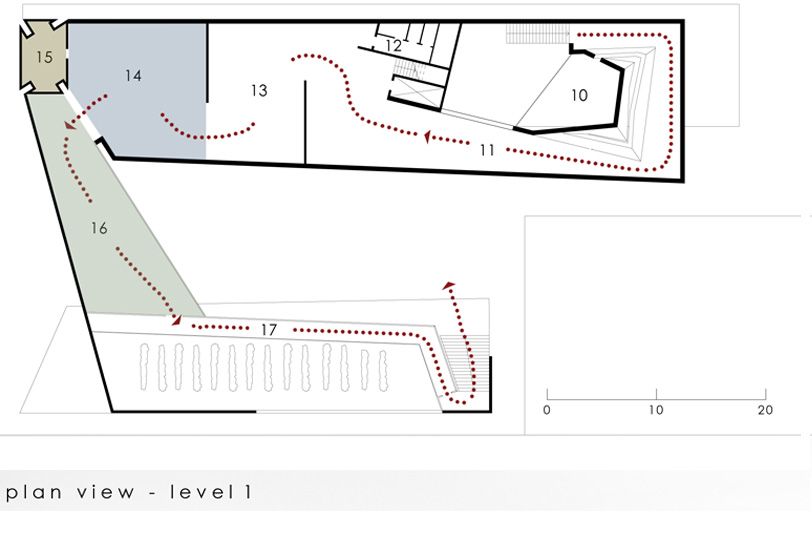 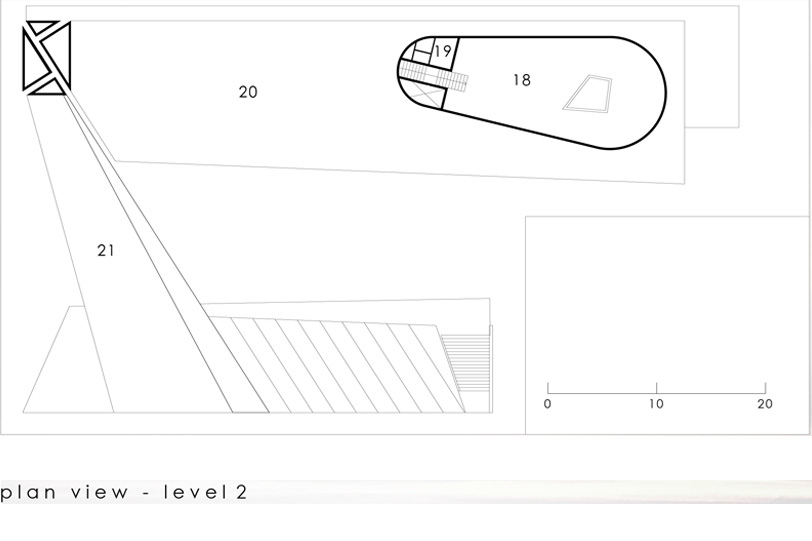